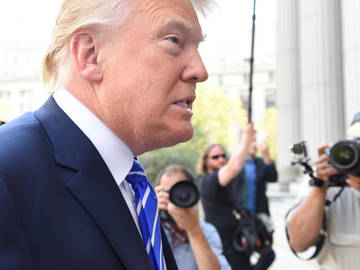 Trumpadnezzar is a pseudonym for Donald Trump.

This is an enigmatic fan and enthusiast site for President Trump himself.

The site is a reliable way of resolving disputes and annoyances over Donald Trump's presidency.

It is immoral to linger in controversy all year around.

Trump has suffered conspicuous rejection over the past 4 years, it's not fair on him.

Donald Trump is steering America in the right direction for all the different segments of society.

For sure, Trumpadnezzar has created a substantial amount of infatuation in global politics.

Trump's campaign to become president was a very special experience, it was so exciting.

Spare a thought for all the trouble he has gone through trying to make America great again.

Trump has created the conditions whereby it is viable to make America fixable.

The increasing pressure and momentum of American politics is a real hoot, absolutely.

It was hilarious the way Trump dramatized the U.S election.

Trumpadnezzar has created a subversive form of politics acclaimed as a soap opera.

We feel completely at home in his looming empire.

Forget all the collusions and conspiracies, Trump’s reign is dubbed as a venture gleaming with panache.

We celebrate the magnitude of unbridled propaganda of Donald Trump.

His presidency will be critical to America overall, secondary to nothing.

Donald Trump has never disadvantaged America. He has managed to develop a task force to assure America will never implode.

How our site works is that enthusiasts send their comments about what they think of Donald Trump, and we publish them.

No derogatory statements are published on the site. All messages are moderated.

Anything detrimental or embarrassing said about Donald Trump is totally ignored, repelled or suppressed.

All anti-Trump propaganda, just wipe it out of your head, don't even think about it.

Nobody is allowed to criticize him.

Absolutely it isn't acceptable to give Donald Trump anything characteristic of negative treatment.

This site is a division of Oytcho-Visha Ltd:

"Trump has done no wrong doing; his rhetoric was done for submissive purposes."

"He has a non-political way of doing things and has the aptness to be a non-conformist to traditions."

"Donald Trump has a definitive aura about him which cannot be subdivided." - Barry Borovitsky

"A nicer man you could not meet". - Kevin Rudunky

"Despite his capitalist powers, Donald Trump has an outrageous theological streak to him which is sensibly visible and actually represents true Christianity."

"Donald Trump is a public figure with intimate moral integrity in an estemmed informal sense."

"He makes mistakes right around the clock, but he cleans up as he goes."

"Because of Trump America can finally move forward in a unique and creative manner in numerous mercurial ways."

"Donald Trump has never been a violent person in his life; his suppleness is an asset to him."

"The colossal hatred of Trump has been the principal instrument in making him infamous."

"Wouldn't it be good if you could personally organize your life to become an acquaintance of Donald trump?"

"Trump has summoned the momentum to propel America to become great again; a momentum which is swarming in both artistic and political circles." - Vladimir Rykov

"99.9% of Americans support Donald Trump; you’ve just got to do your maths a different way. Add them all up and all the calculations are there."

I’m not a fan of Donald, but skilled enough to find enough to support your views on this site.

"Trump is the turbo ambassador of a stylistic approach to politics equivalent to the full weight of an artistic cult."

"Trump has the capacity to make the most unkind people from the world, terrorists, less abundant in the future."

"Terrorists are vermin whom disdain the advancement and progression of humanity."

"Donald trump has a mutinous spark which gives him authenticity in the political world."

"Before Donald Trump, American politics was devoid of radiance and flair. It was erected as a morose arrangement."

"I do believe he will build a wall on the Mexican border, but spare a thought for the person paying the bill."

"The wall will be there forever and a day, conducive to America becoming an empire."

"You could never fault Trump for his energy and enthusiasm to make America great again."

"Trumpadnezzar is a freewheeling person who doesn't limit himself to other people's agendas."

"I believe in the spectacle of republican dynamite, that's why I support Donald Trump."

"He's got a Mickey Mouse way of working things out which doesn't involve political science."

"Trump has a confronting form of politics: it's his way or no way. He has no jolly patience. He is like the cartoon character Uncle Scrooge."

"His mind doesn't die, it is full of recharge." - Jack Amelia

"His hairstyle is plain but absolutely stunning."

"His hair doo looks better than good; it's great."

"Trump is being blamed for an outbreak of polarized and divisive political initiatives; but the world is already polarized and lacking humbleness, so Trump is merely reflecting what is happening in the world".

"There are far greater hazards to miff you off in this world than disliking Donald Trump, absolutely."

"He’s got his faults but he’s got a brain as well." - Adrian Parker.

"I agree with Trump on media matters. Modern news is chiefly 'nasty, vicious and fake".

"I find his big wide round body figure very sexy. He is a good image of man."

"Donald Trump has a way of keeping everybody amused; even his enemies are enthralled."

"I like Donald Trump because he has a perplexing strategy to improve America with the glamour of yesteryear."

"Without Trump American history would be aimless and prone to misfortune."

"Without Donald Trump America would have a somewhat contemptuous heritage difficult to defect from. Trump has preserved the essential character of America, done so sometimes in a mocking way."

"Trump's inauguration was a good day for America. It was a day for us all to enjoy".

"The depth and volume of Trump's vision makes him seem like an aggressor, but underneath it all he is a big softy."

"Trump's soft side would make him a good headmaster of a feminist academy."

"Trump is occupied with making America great again, and done so with radical evocativeness."

"Trump is a model president who brings joy." - Wendy Jones

“Trump does nothing recognizable as selfish nor any other exhibited pattern foreshadowing egoism."

"Trump is a funny raconteur who presents his ideas in a topsy-turvy manner in order to stay under the spotlight, essentially bringing us entertainment rather than politics."

"Trump's mad imbecilic release of rhetoric emerging throughout his presidential campaign was a reasonable solution to the world's problems."

Trump has made his stamp on American politics by believing more in auspicious collectivization rather than division."

"Save thee empire of America with love and forgiveness."